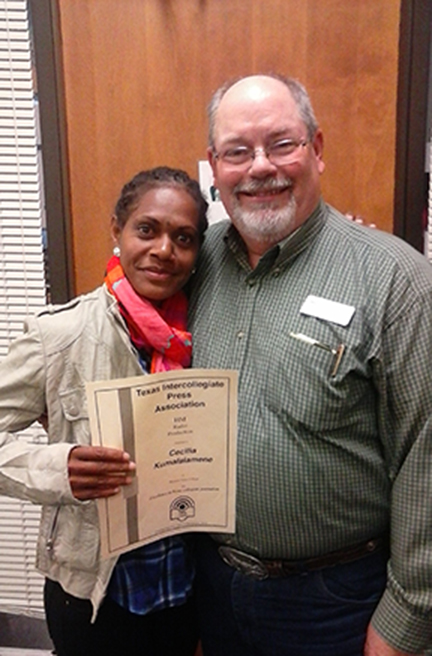 They are the most recent Texas Intercollegiate Press Association award recipients for Western Texas College in the Previously Published Radio category.

“I am proud of the accomplishments of these students,” stated Geron Scates, Radio Broadcast Program Director.

“They have carried on the tradition of excellence here at Western Texas College."

Cullifer, Kumalalamene, and Smith are all current students at WTC. Staudt is now a student at the University of Texas-Austin in the Radio-Television-Film department.

Scates also added that he was excited about taking students to next year's convention to participate in the live on-site contests.

“Western Texas College will have another group of great entries from work accomplished this year.”

For more information about the Radio Broadcast program and how to enroll, contact Geron Scates at gscates@wtc.edu or call 325-574-7626.

KGWB can be heard at 91.1 on the FM dial and on Suddenlink Channel 22. Listeners can also stream the station on their mobile phones by using the TuneIn Radio App.