WTC remembers… Pat and Monty Blakely.  A couple dedicated to art, education and WTC. “No doubt about it, [living in Snyder] was the best 16 years of my life,” recalled Pat Blakely. 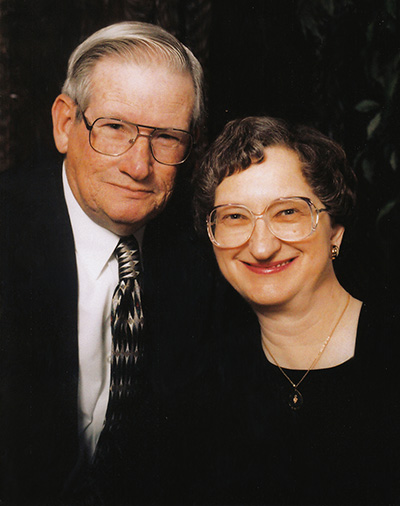 These were the words Pat quoted and lived by.  An avid art lover, she believed in impressing the importance of arts to students.

Mrs. Blakely was the former director of the Image Program at Western Texas College.  She is also a 1985 graduate of WTC.  She and her husband lived in Texas for 16 years, before moving back to Wisconsin in 1997. “No doubt about it, that was the best 16 years of my life,” she said as she expressed the desire to give something back.

In June 2005, Mrs. Pat Blakely established the Pat and Monty Blakely Art Scholarship in memory of her husband, Monty, and a reminder of her time here at Western Texas College.

Monty Blakely was born and raised in Snyder. He was a U.S. army veteran and while stationed in Milwaulkee, Wisconsin, married Pat in 1962. They moved to Snyder in 1981 where he worked for Higginbotham-Bartlett.  Art was Monty’s passion – he was described by his wife as a natural born artist.  He devoted his free hours to art and even took classes here at WTC to sharpen his skills.

A sculpture of his brother-in-law, Jesse, was donated to the Art Department at the time she established the scholarship.