His love of agriculture brought Beau Barrilleaux, '19 to WTC, but the beauty of West Texas and the charm of a small town won him over. 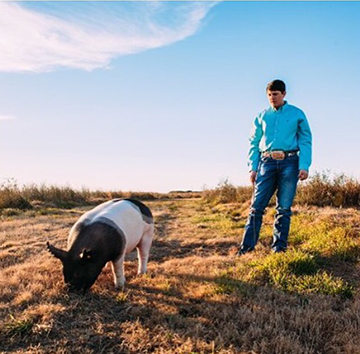 At first glance, the landscape seems bland and unvaried. But over time, an appreciation begins to grow for its unique diversity and down-to-earth, home grown Texas ways.

This was the case for Western Texas College sophomore Beau Barrilleaux. On his first campus visit, he was a little taken aback by the starkness of the region compared to his hometown of Katy, Texas. “It seemed to be in the middle of nowhere,” he recalled.  After returning for a second visit on his way to Colorado for a family vacation, he realized that instead of being stark, West Texas defined beauty in its own way – wide open spaces, never ending horizons, and spectacular sunsets.

Beau recently finished his second semester with nothing but love for Snyder and West Texas. “The town has everything you need and enough variety to keep it interesting,” explains Beau. “It’s small, but after discovering all it has to offer, small equals better –and no traffic!”

When Beau began his college search, Western Texas College wasn’t anywhere on the radar. After looking at schools close to him, he reevaluated his priorities asking himself what did he love to do and where can he do it? The short answer? He loved Future Farmers of America (FFA) and showing swine. From there, he knew he needed to find a school to major in Agriculture and that also had a swine show team. After a quick Google search, Western Texas College made the top of the list.

Early in high school, Beau struggled to find his niche.  Childhood dreams of one day being a professional athlete waned and little else inspired him towards a new goal. All that changed when he joined the FFA as a high school freshman. 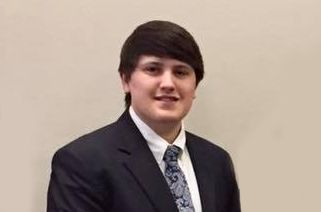 “From the very first day I was an official FFA member” explained Beau, “I dove into it head first and did everything I possibly could.”  His agriculture teachers became powerful influences of his life, coaching him from a simple showman, to judge, and eventually into FFA leadership as an officer.  He earned many awards including multiple grand and reserve grand champions, but more importantly, he learned life skills.

“You have to realize while yes, there are some times you may fail, and for some, they may fail more than they succeed. It’s not really about the immediate gratification you get from winning  a buckle or winning a banner, because in the end, banners will fade and buckles will rust, but the only thing that stays with you is not the awards, but the work ethic you learned, the people you meet and the memories that you made while earning those awards.”

Beau brought these lessons to WTC and continues to do what he loves. While studying for his Associates Degree in Agriculture, he participates in the Ag Club where he currently serves as Vice President.  Beau competes with the WTC Swine Show Team and Meats Judging Team around Texas and out of state. He also works part time at a local cattle operation prepping calves for the show circuit.

After finished at WTC, Beau plans to attend a four-year college to earn an agriculture degree and a teaching certificate. His agriculture teachers influenced him more than perhaps they even know. Beau hopes to share the same inspiration to his students as his teachers did for him. He plans to become an agriculture teacher himself and help students be more than they ever thought they could be right here in the heart of West Texas. 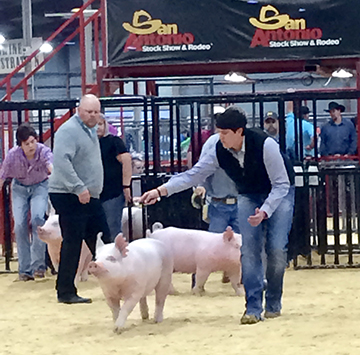