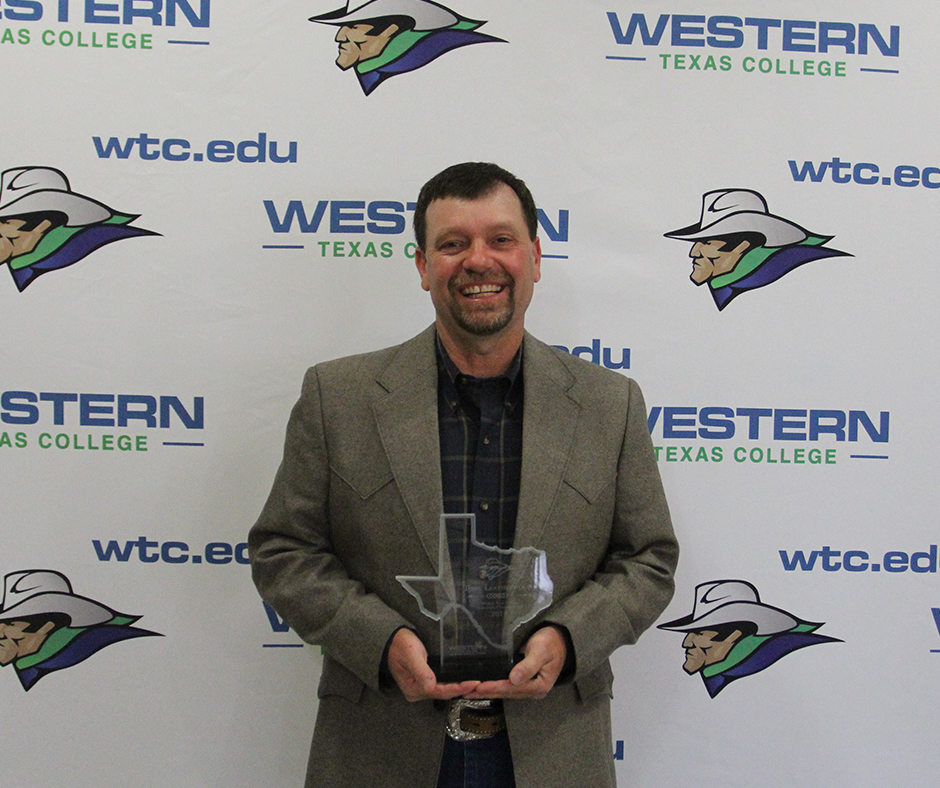 Leatherwood attended WTC from 1991 to 1993 and graduated in 1995 from Texas A & M. After graduation, he returned to Snyder to raise his family in the town he loved. Leatherwood owns Leatherwood’s Paint & Body in Snyder. His business supports 15 employees and their families in Snyder.

“You will not meet a harder working person than Terry,” wrote Karen Terry in her letter of support for the nomination. “He gives selflessly to our community and those around him.”

Leatherwood has been President of the Snyder Wheels Car Club for ten years and has led the Club into hosting one of the largest car shows in West Texas.

In addition to volunteering for the Car Club, Leatherwood supports local youth programs through sponsorship and attendance at events, especially ball games and Boy Scout events. He is a big supporter of WTC Coach Greg Rhodes and the WTC Rodeo.

“I just think you can’t go wrong by honoring such a kind-hearted, Snyder-loving gentleman,” wrote Barbara Leatherwood on the nomination application.

The Western Texas College Foundation presented the award at the WTC Alumni Reception on April 6, 2018.